Lucy Liu is a ZOMBIEEEEEE 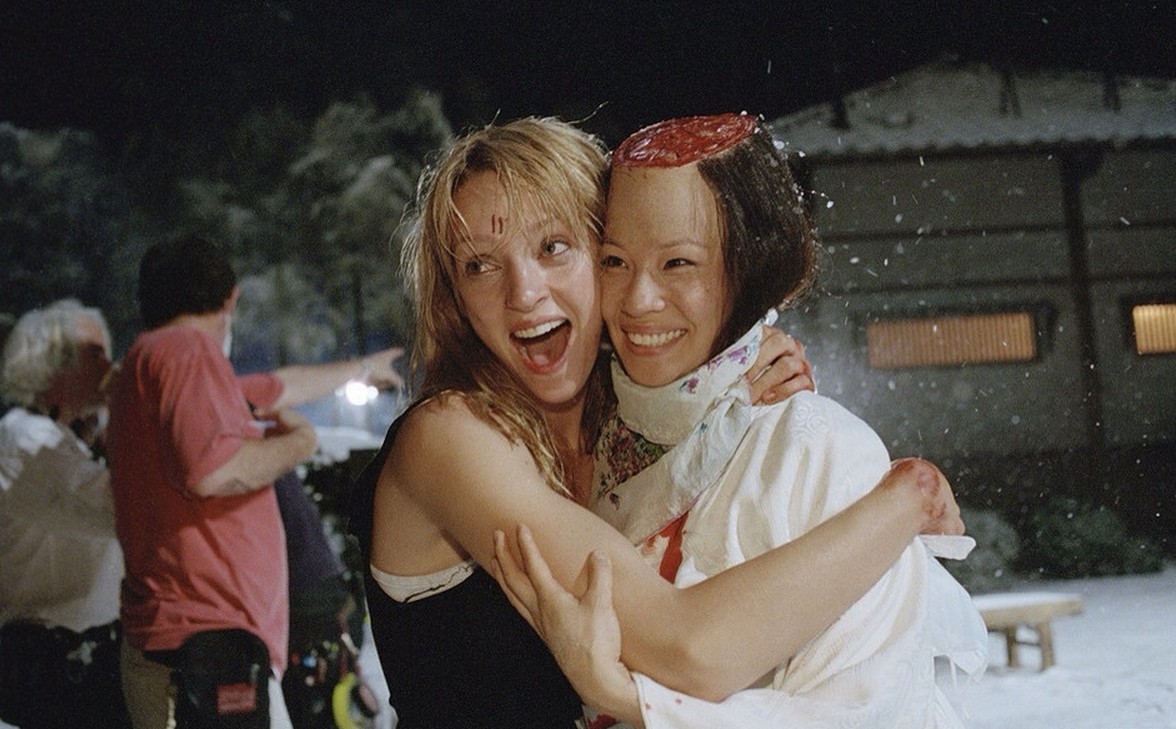 I remember the scene from the movie Kill Bill Volume 1, where Uma Thurman has to fight lots of Asian people including a girl who just wouldn't give up. That was a really unbelievable and crazy scene. Now if you remember the ending, Uma has to go fight with Lucy Liu, the main leader of the gang. In the movie it is shown that Lucy's head is chopped off by Uma. I was quite young at that time and I really believed that she was dead but now I found this photograph and the first thing that came to my mind was,

Oh My GOD! Lucy Liu is a ZOMBIEEEEEE!!!! Then I realized that no this is just picture from the sets of the movie.